The future of the Holy Island fishing industry, central to the island’s economy and community, is under immediate threat.

This follows selection of the waters around the island by Defra (the Department of Environment, Food & Rural Affairs) as a designated zone for a Highly Protected Marine Area (HPMA) which would mean a complete ban of all fishing.

The fishermen and community of Holy Island strongly oppose this proposed selection because we believe it is misguided and unfair, even based on the criteria Defra have set themselves: to minimise social and economic impacts while maximising ecological gains.

High uncertainty if there would be any substantial ecological gains

The fishery is the heart of the island and has been central to Holy Island's economy and culture for hundreds, if not thousands, of years

The fishery is the heart of the island and has been central to Holy Island's economy and culture for hundreds, if not thousands, of years

Relocating a boat without physically moving home is also not possible because the island is cut off from the mainland twice a day by the tides.

The benefits of sustainable fishing and effective conservation measures are already being experienced first-hand. 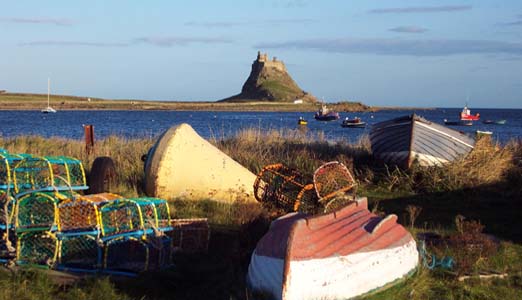 How to support our community

There is a 12 week consultation period on this legislation which ends on 28th September. The fishermen and the organisations representing the island community (Parish Council, Community Development Trust and St Mary's Church) are taking an active part in the consultative process which ends on the 28th September.

Complete Defra's consultation form (for those living on the island or are connected to it): Consultation Form

If you would like more information about how to actively support: Sarah Hills or John Bevan